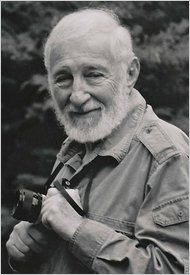 George Pickow, a photographer best known for the thousands of album covers in which he captured the titans of folk, jazz and pop music — including Theodore Bikel, Louis Armstrong and Lena Horne — in their midcentury prime, died on Dec. 10 in Roslyn, N.Y. He was 88 and lived in Port Washington, on Long Island. Enlarge This Image Steve Guglielmo The folk singer Jean Ritchie with dulcimers. Her husband, George Pickow, ran a dulcimer-making business in the 1960s. The cause was respiratory failure, his son Jon said. Mr. Pickow also had a home in Viper, Ky., the birthplace of his wife, the folk singer Jean Ritchie. Working quietly behind the scenes, Mr. Pickow (pronounced PEEK-oh) documented the bubbling cultural ferment of New York City, and in particular Greenwich Village, where he and Ms. Ritchie lived after their marriage in 1950. For Elektra Records and other labels, he photographed folk singers like Josh White, Pete Seeger, Judy Collins and, of course, Ms. Ritchie, as well as jazz and pop artists like Little Richard, Dizzy Gillespie, Tony Bennett, Nina Simone and Louis Jordan.

Mr. Pickow, who was originally trained as a painter, also shot many distinguished visual artists, among them Thomas Hart Benton, Reginald Marsh, Chaim Gross and Edward Hopper, images that have since been exhibited around the country. Some of his most striking photographs, in stark black and white, depict an array of artisans and ordinary people around the world plying their trades: women weaving and churning butter, men binding books and making harps and pipe organs and even waxwork heads. Mr. Pickow, who helped his wife collect traditional songs from singers in Appalachia and Britain, contributed photographs to many of her books, among them “The Swapping Song Book” (Oxford University, 1952), a volume of songs from the Cumberland Mountains of Kentucky. 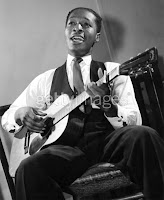 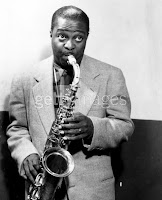 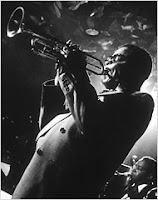 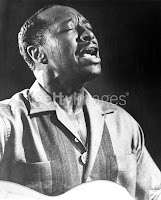 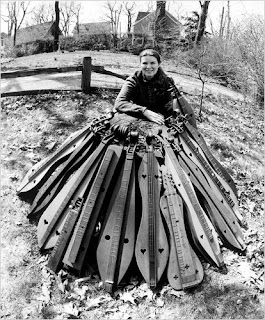 Also an independent filmmaker, he was a cinematographer on “Festival” (1967), a documentary film about the Newport Folk Festival, directed by Murray Lerner. From the late 1970s until shortly before his death, Mr. Pickow ran a small record label, Greenhays Recordings, which produced several of Ms. Ritchie’s albums, including “Mountain Born,” “High Hills and Mountains” and “The Most Dulcimer.” Greenhays also recorded folk artists like John McCutcheon, Mike Seeger, Alice Gerrard and Lily May Ledford. George Pickow was born on Feb. 11, 1922, in Los Angeles and reared in Brooklyn. He studied painting at the Cooper Union and during World War II made training films for the Navy. 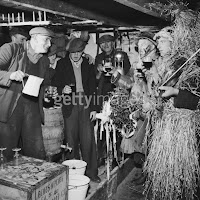 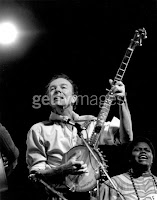 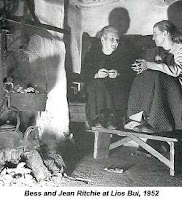 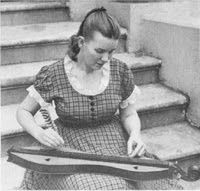 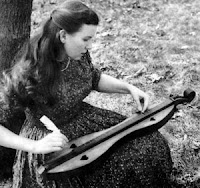 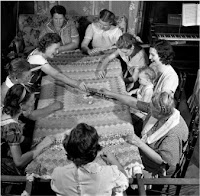 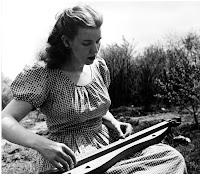 In 1948 in New York, Mr. Pickow met Ms. Ritchie, who was not yet widely known, at a square dance at the Henry Street Settlement, where she was a social worker. The next day, for their first date, he took her along on a photo shoot at the Fulton Fish Market. The result — Ms. Ritchie perched on the hood of a truck, holding a rather large lobster — was published in a trucking-industry magazine. Perhaps more impressive to Ms. Ritchie was the Appalachian dulcimer Mr. Pickow made for her, a copy of the traditional one she had brought from Kentucky. 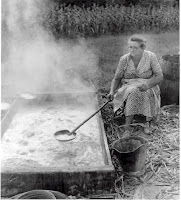 It proved so successful that for about a decade, starting in the early 1960s, he ran a small family dulcimer-making business, located on the Brooklyn side of the Williamsburg Bridge and presided over by his uncle, a millwright and cabinetmaker. Neither Mr. Pickow nor his uncle was especially musical, so Ms. Ritchie painstakingly marked each nascent dulcimer to indicate the placement of the frets. Besides Ms. Ritchie, Mr. Pickow is survived by their sons, Jon and Peter, who sang on many of their mother’s albums, and a sister, Lenette, named for Vladimir Lenin. While Ms. Ritchie was born to folk music, Mr. Pickow came to it by degrees. “I was mainly into old jazz and blues then,” he told The New York Times in 1980, recalling their meeting, “and thought nothing was any good unless it was down and dirty. She wasn’t Bessie Smith.” But, he added, “I’ve learned a lot since then.” 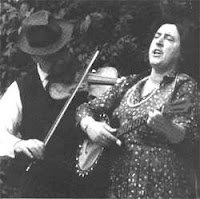