His Heart Is in the Art of Sleuthing

There might be a few agents of the Federal Bureau of Investigation who could sit down at a piano and run through a Chopin Fantasie to calm their nerves, as Robert K. Wittman used to do. But there probably aren’t many who could also chat knowledgably about Cézanne’s influence on Soutine. Or who have studied formalism at the Barnes Foundation art museum outside of Philadelphia. Or who have found themselves in Hollywood, Fla., eating lunch with — and probably being targeted by — two large French assassins nicknamed Vanilla and Chocolate, while tantalizingly close to recovering paintings from the biggest art heist in American history, the 1990 robbery of the Isabella Stewart Gardner Museum in Boston.
For 15 years, until his retirement in 2008, Mr. Wittman — the author of a rollicking memoir, “Priceless: How I Went Undercover to Rescue the World’s Stolen Treasures,” released last week by Crown Publishers — was the driving force behind the F.B.I.’s efforts to pursue art thieves, a fledgling program that grew into a formal Art Crime Team under his leadership, though the team is still tiny compared with its counterparts in Europe. 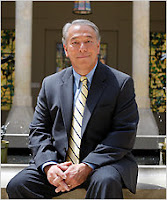 To this day Mr. Wittman, now a private security consultant, has a hard time visiting the places he loves the most — art museums — without starting to case them the minute he walks in. During an interview last week at the Metropolitan Museum of Art, he declared it one of the few museums where he can relax, because he has known the Met’s security chief for years. “It’s one of the safe ones,” he said. But standing before Duccio’s tiny “Madonna and Child” — a work the museum is believed to have paid more than $45 million for in 2004 — he spent less time admiring the painting than studying its transparent case to see how it was secured. “It’s a habit,” he said.
Mr. Wittman’s book, written with John Shiffman, a reporter for The Philadelphia Inquirer, comes at a lively time in the world of art pilfering — a thief made away just last month with a Picasso and four other paintings from a Paris museum — and imparts helpful advice to would-be thieves, chiefly that famous paintings are exceedingly dumb things to steal because they are nearly impossible to sell. The memoir made waves while still in galleys with its claims that the F.B.I. botched the job of recovering the Gardner paintings — a Vermeer, a Rembrandt seascape and possibly others — through bureaucratic infighting that caused the investigation to unravel.

Mr. Wittman, who was based in Philadelphia, worked undercover on the case for almost two years, posing as a shady art collector to try to buy the paintings from two Frenchmen with connections to the Corsican mob, which the F.B.I. and other international law-enforcement agencies suspected of holding the works.
“We were two weeks away from having the Vermeer and the Rembrandt,” Mr. Wittman said at the Met, watching early morning museumgoers filter through the Baroque galleries. “That’s only my opinion, of course, based on what I knew. But I sincerely believe that we were that close.”
Ken Hoffman, an F.B.I. spokesman, said the agency did not plan to comment on the book. “It is what it is,” he said. “We don’t really have anything to add.” The bureau reviewed the book before its publication, Mr. Wittman said, and after negotiations between lawyers for the F.B.I. and the publisher, some facts about investigations were omitted.
While he is generally admiring of the agency where he worked for 20 years, the refrain throughout his book is that the F.B.I. cares little about recovering stolen artwork, a job it is often better equipped to perform than local law-enforcement agencies.
“Most art crime investigations are run by the same local F.B.I. unit that handles routine property theft,” he writes. “Art and antiquity crime is tolerated, in part, because it is considered a victimless crime.” But in an ode to human creativity that sounds a little odd coming from a federal agent, he adds that his view was always different: “Art thieves steal more than beautiful objects; they steal memories and identity. They steal history.”
Of course pursuing art thieves also had its perks at a place where a big cocaine bust could start to feel like just another big cocaine bust. Mr. Wittman’s investigations — which he says resulted in the recovery of more than $225 million in art and antiquities, including works by Goya, Rodin and Rembrandt, along with Geronimo’s eagle-feather war bonnet and the original manuscript of Pearl S. Buck’s “Good Earth” — took him around the world, to Rio de Janeiro, Paris, Madrid, Copenhagen. In 2003 he accompanied one of the 14 original copies of the Bill of Rights on the F.B.I. director’s jet to return it to its home in Raleigh, N.C., after it was seized in an undercover sting.
Even the local cases could be thrilling. He and his mentor, an agent in the Philadelphia office of the F.B.I., Bob Bazin, once tracked down a 50-pound crystal ball from the Forbidden City in Beijing, which they found sitting in a housekeeper’s bedroom in Trenton, beneath a baseball cap. (It had been stolen from the University of Pennsylvania Museum of Archaeology and Anthropology and later given to the housekeeper as a birthday present; she thought it was worthless.)
“When you track down something like that, you have this feeling of euphoria that I can only compare to how I felt when my kids were born,” said Mr. Wittman, a burly, soft-spoken man who carries himself with the authority of a cop, but who was able, for long stretches, to convince criminals he was one of them.
“Priceless” can read at times, not unpleasantly, as if an art history textbook got mixed up at the printer with a screenplay for “The Wire.”
Readers learn, for example, the difference between “the bump” (in which an undercover agent makes contact with a suspect by way of a seemingly accidental meeting) and “the vouch” (in which someone leads the suspect to believe the undercover agent is who he says he is). Other investigative details dazzle: a Miami yacht at the ready to entertain a group of thugs; a gym bag filled with 500,000 euros in cash to “buy” a Breughel in Spain; an unnamed Hollywood starlet who helps the bureau by pretending to “know” an undercover agent in his alter ego, cementing his reputation as a player.
Mr. Wittman, 54, was not someone who seemed destined for a cloak-and-dagger life. He grew up in a middle-class family in Baltimore. His father was an Air Force sergeant who met and married his mother in Tokyo during the Korean War. In high school he was a piano prodigy but realized he wasn’t quite good enough to make a career of it. He helped his father publish a small agricultural newspaper for several years before his wife, Donna, urged him to apply to the F.B.I., where a neighbor whom he had idolized as a child had worked.
After so many years of trying to keep his face out of the newspapers, it is still disconcerting to be seeking publicity, he said. In fact, he worked undercover on contract for the F.B.I. only a few months ago in a widely publicized case, helping to recover a stolen 1926 Juan Gris in Florida.
But all that is over now. “And frankly,” he said, “it’s a relief.” No more lunches with people who might want to shoot him. “And no more family barbecues where I’m carrying three cellphones, trying to remember who I’m supposed to be when one rings.”
But he will probably never be able to go back to being just a regular art lover. On a recent security consulting trip to Romania he visited a small museum in Constanta and found himself worrying about the paintings too much to enjoy them: no locks to fasten them to the walls, hanging wires too thin, security-camera sightlines blocked, one docent to watch three floors.
“Oh my God,” he said. “The place is a crime waiting to happen.”
at 7:54 AM