Beautiful things are happening with the young people of Uganda. Traditional American country music is a big, big favorite.

Identity 2016: The nation in love with country music.

Cowboy boots, checked shirts and country music might conjure up images of the American south, but Dolly Parton and her fellow country singers have a dedicated following across the world - not least in Uganda. The Why Factor: Radio Requests tracked down fans in Kampala for the World Service season on identity. 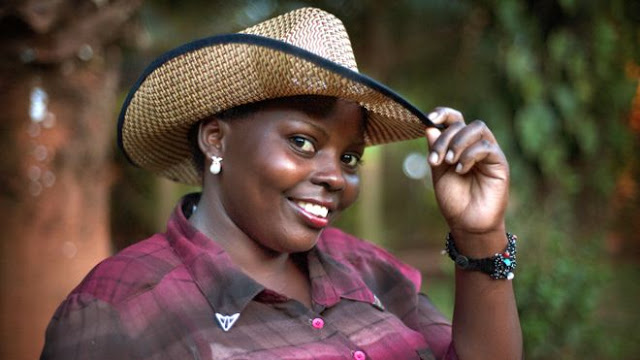 "I’ve been listening to country music for 10 years," says 23-year-old Maria Nakiweewa. "It’s not like Ugandan music. We love it, it’s in our blood." 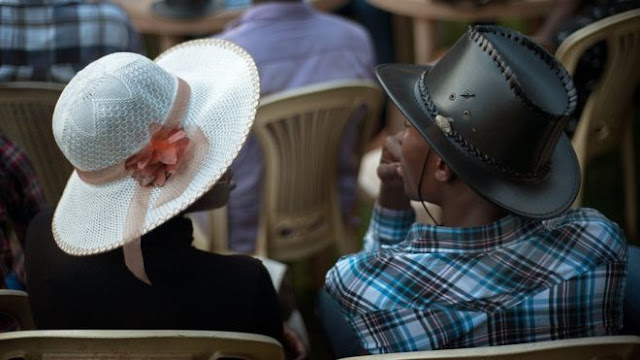 Checked shirts, hats and cowboy boots are all part of the deal. Many fans even adopt country-style names instead of their own. 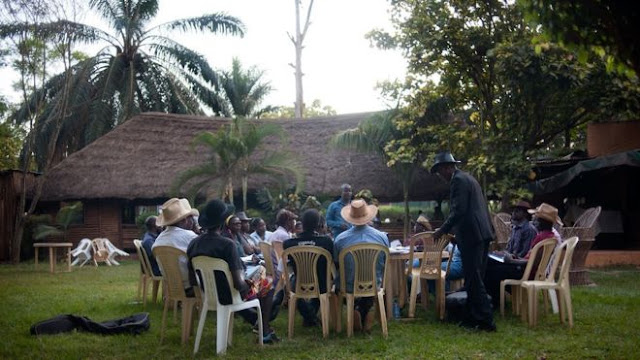 Fans often meet in Kampala and large numbers gather for the annual Let’s Go Country event, where horse riding and mud wrestling feature alongside live music. Last year the headline act was country singer Holly Tucker, from the American series of the TV show The Voice. 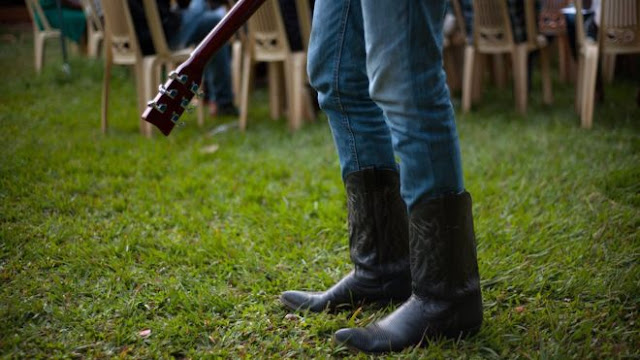 The most requested song on Kampala's Radio One station, from listeners of all ages, is Dolly Parton’s Coat of Many Colours. When the BBC told her, she said it's her favourite too and it touches on universal emotions. “We all have been made to feel less than who we are, whether it be about something we wear, our weight, a handicap, whatever it may be,” she says. “And that is not a good feeling. So I think it kinda eases that hurt in other people as it did in me.” 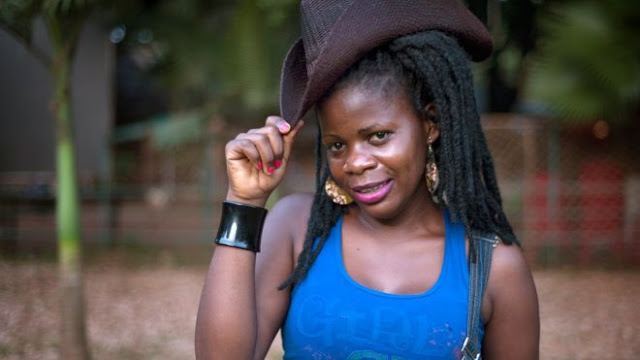 "Heaven in my ears," is how Susie Nancy - or Nansereko Susan - describes the music. "I feel good, I feel comforted listening to country music. Country music is a gift to those who accept it. It explains the story, sad stories and good stories, and you can dance if it means dancing, you can cry if it means crying, you can pray via country music, you can sleep, so it’s comforting." 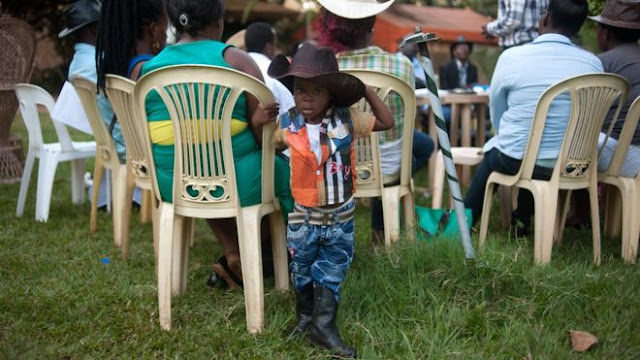 Three-year-old Alvin Kivumbi is already a fan. “He loves country music, he dances to every song,” says Nancy. 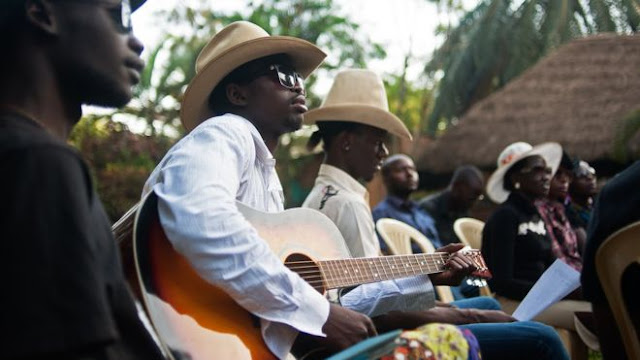 The lyrics seem to strike a chord with Ugandans. "They are so beautiful. There’s truth in every title, as they say," explains Churchill Olum, who's 24. He goes by the name Country Boy. 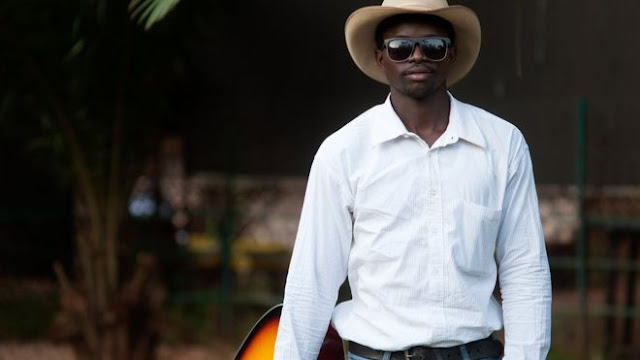 Country Boy got into the scene because his father liked Dolly Parton. "I grew up listening to country music and it just became part of me," he says. 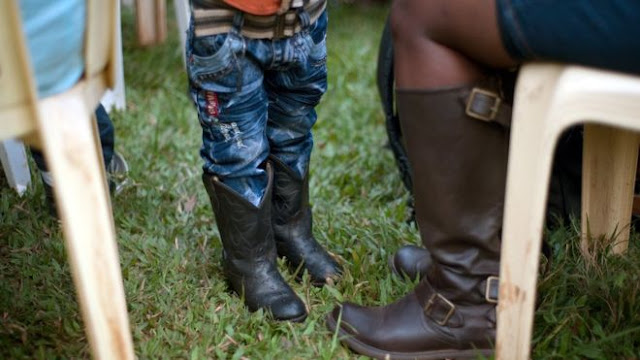 Uganda has the second youngest population in the world and country music seems to appeal across the generations. 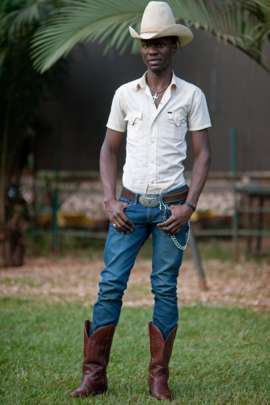 "From childhood I’ve been listening to country music," says Joshua Woods - whose real name is Kyagulanyi. "When I listen to it I become happy, the way it goes, the rhythms, instruments, guitar, the sound, it is cool. It is soft, it is open to every size, age, you know even kids. Some of the guys take it as an old style but it’s the best style." 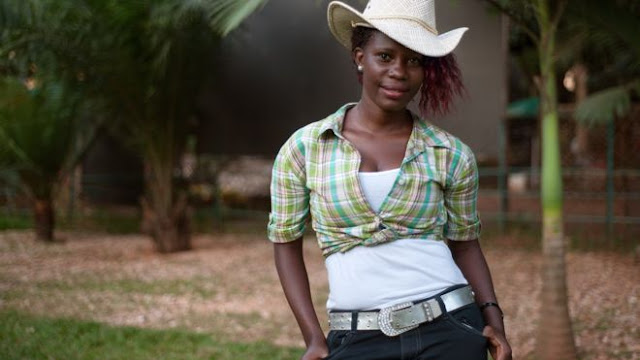 Viola Namuwawu from Bunga, a suburb of Kampala, says country music has "a message of things we face in life," which offers "solutions to problems, and other songs without those solutions pass a message - if it’s love, real love". The Why Factor: Radio Requests is broadcast on BBC World Service on 15 April.
Courtesy BBC. Com
at 12:04 PM