"The Reichstag Fire 2013" One of the first well-documented and very significant "false flag" operations in the 20th Century. 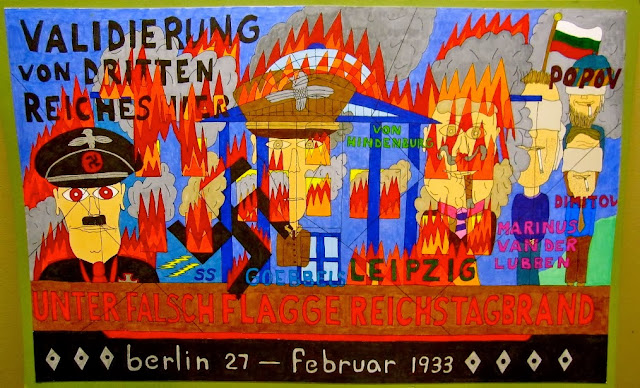 The Reichstag fire was an arson attack on the Reichstag building in Berlin on 27 February 1933. Marinus van der Lubbe, a young Dutch council communist, was caught at the scene of the fire and arrested for the crime. Van der Lubbe was an unemployed bricklayer who had recently arrived in Germany. He declared that he had started the fire and was tried and sentenced to death. The fire was used as evidence by the Nazi Party that communists were plotting against the German government. The event is seen as pivotal in the establishment of Nazi Germany. The fire was in fact started by the Nazi Party and pinned on Van der Lubbe. They murdered their own people to further their evil cause.
at 9:15 AM