He could paint with the best of them.  He could lie even better.  Wolfgang Beltracchi fooled the experts for decades in an art scam that netted him and his partners millions of dollars. Those experts hate him, he says, because he was too good for them to catch. Yet many art experts acknowledge he is the most successful art forger in this and, perhaps, any other time in history. Beltracchi talks to Bob Simon and shows him how he created the works and the provenances that conned the connoisseurs for a 60 Minutes story to be broadcast Sunday, Feb. 23 at 7 p.m. ET/PT.
Beltracchi, schooled and talented, painted works supposedly by artists like Max Ernst, Raoul Dufy and Fernand Leger. But he didn't copy the artists' known works; he painted originals -- what he thought they might have painted if inclined. Thus, he created new, previously undiscovered works by old artists, aping the strokes of the artists so perfectly no one could tell they were fakes. He also forged works that had once existed but had disappeared for years. He fooled even the best experts by carefully using the canvasses and paint available in the period and creating authentic-looking, aged dealer labels. Beltracchi also had a good story: his wife's grandfather had hidden his art collection away before WWII, after the war, she inherited it and that is where all these unknown works by famous artists suddenly appeared from.
His fakes wound up in catalogs, in museums and on the walls of the rich; he eventually wound up in jail. But he might still be running his scam today if not for a certain pigment not available when some of these works would have been painted.  The white pigment was not listed on a label of a paint tube Beltracchi used and so, his jig was up. "Yes, I use the wrong titanium white," jokes Beltracchi, when asked if he thinks he did anything wrong. 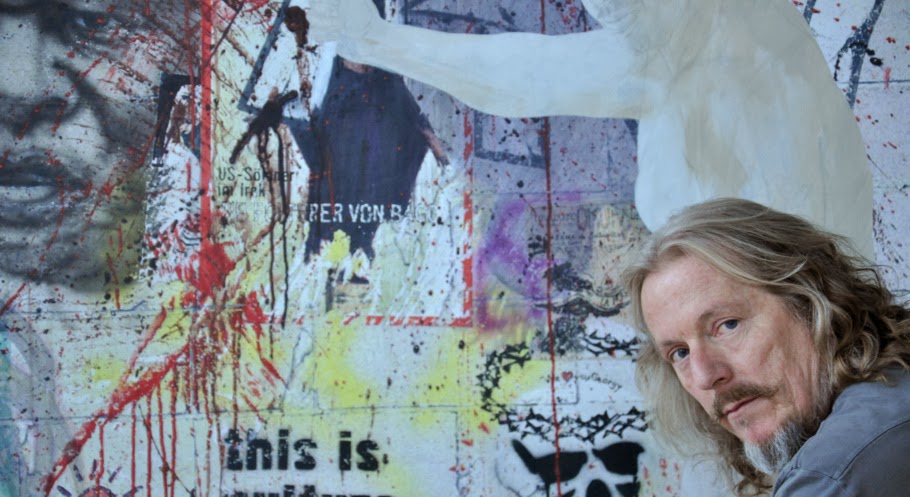 Jamie Martin, a top forensic art analyst, says of Beltracchi: "His fakes are among the best fakes I've seen in my career. Very convincing.  Very well done." Martin says if forensic experts had examined the works more closely, perhaps he would have been unmasked earlier.
That doesn't make the galleries, auction houses and their experts, some of whom have been sued by those who bought Beltracchi fakes, feel any better.  "They all hate me, these experts now," says Beltracchi.  He says they were good, but no match for the master. "[The experts] were... really serious, their only problem was I was too good for them," he tells Simon.
At his trial, prosecutors said he created 36 fakes which sold for $46 million. German police believe Beltracchi and his co-conspirators made at least $22 million on the scam. But what may be the biggest art scam of all time is not really over. Beltracchi says there may be more than 300 of his fakes still out there. German police have found just 60 so far. Jeff Taylor, who teaches arts management at Purchase College and believes Beltracchi to be the most successful forger ever, says his fakes, like those of his predecessors, will be around for a long time. "They have a strange way of finding their way back onto the market, generation after generation."