We died of pneumonia in furnished rooms where they found us three days after, when somebody complained about the smell.

We died against bridge abutments and nobody knew if it was suicide and we probably didn't know either except in the sense that it was always suicide. 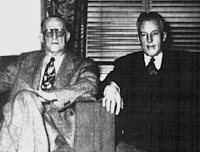 We died in hospitals, our stomachs huge, distended and there was nothing they could do.

We died in cells, never knowing whether we were guilty or not. We went to priests, they gave us pledges, they told us to pray, they told us to go and sin no more, but go. We tried and we died.

We went to doctors and they gave us stuff to take that would make us sick when we drank on the principle of "so crazy, it just might work," I guess, or maybe they just shook their heads and sent us to places like Drop Kick Murphy's. And when we got out we were hooked on paraldehyde or maybe we lied too. And the doctors, they told us not to drink so much, "Just drink like me". And we tried, and we died.

We drowned in our own vomit or choked on it, our broken jaws wired shut. We died playing Russian roulette and people thought we 'd lost, but we knew better. We died under the hoofs of horses, under the wheels of vehicles, under the knives and boot heels of our brother drunks. We died in shame. And you know what was even worse was that we couldn't believe it ourselves, that we had tried. We figured we just thought we tried and didn't know what it meant to try.

When we were desperate enough or hopeful or deluded or embattled enough to go for help, we went to people with letters after their names and prayed that they might have read the right books, that had the right words in them, never suspecting the terrifying truth, that the right words, as simple as they were, had not been written yet.

We died falling off girders on high buildings, because of course ironworkers drink, of course they do. We died with a shotgun in our mouth, or jumping off a bridge, and everybody knew it was suicide.

We died under the Southeast Expressway, with our hands tied behind us and a bullet in the back of our head, because this time the people that we disappointed were the wrong people.

We died in convulsions, or of "insult to the brain," we died incontinent, and in disgrace, abandoned. If we were women, we died degraded, because women have so much more to live up to. We tried and we died and nobody cried.

And the very worst thing was that for every one of us that died, there were another hundred of us, or another thousand, who wished that they could die, who went to sleep praying we would not have to wake up because what we were enduring was intolerable and we knew in our hearts it wasn't ever going to change.

One day in a hospital room in New York City, one of us had what the books call a transforming spiritual experiance, and he said to himself "I've got it" (no, you haven't, you've only got part of it) "and I have to share it." (Now you've ALMOST got it) and he kept trying to give it away, but we couldn't hear it. We tried and we died.

We died of one last cigarette, the comfort of its glowing in the dark. We passed out and the bed caught fire. They said we suffocated before our body burned, they said we never felt a thing, that was the best way maybe that we died, except sometimes we took our family with us.

And the man in New York was so sure he had it, he tried to love us into sobriety, but that didn't work either, love confuses drunks and he tried and we still died.

Until a day came in The Mayflower hotel lobby and it wasn't in Rome, or Jerusalem, or Mecca or even Dublin, or South Boston, it was in Akron, Ohio, for Christ's sake.

We come to people who have been there, we come to each other. And we try. And we don't have to die.

I don't know who wrote this, but it touches my heart and brings tears of gratitude