Henry Africa wasn’t the only restaurant/bar legend that the Bay Area lost recently. Restaurateur Juanita Musson passed away over the weekend at the age of 87. She opened (and closed) 11 restaurants from the 1960s to the 1980s, but for the people who encountered her, she’ll be forever ingrained in their memories as a one of a kind personality. 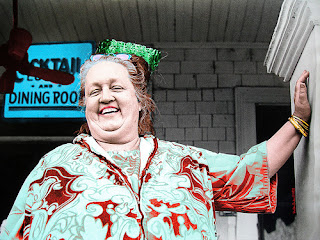 She was a former brawler. She was an animal lover. She let animals roam around her restaurants, including dogs, pigs, a blind rooster, a monkey, goats, and more. She used to rub her bosoms — hanging free behind one of her signature muumuus — onto unexpecting diners, in a move she called “ear muffs.” Gleaned from The Chronicle archives and the various obituaries from local papers (where indicated), here are some of the more entertaining memories of the late, great Juanita Musson: * “I first ran across Juanita, or she across me, when she opened Juanita’s Galley in Sausalito during the middle 1950s. She was and is a big girl — some 225 pounds of quivering, pulsating heart concealed in an amorphous mass.


Since she liked to eat and drink, obviously, she liked other people to drink and eat. “– Herb Caen, The Chronicle, 1975 * “She even has found herself the subject of a book titled ‘Juanita,’ a salty, funny, 300-page biography by Sonoma author Sally Hayton-Keeva that is now in the stores. It is being promoted on a local billboard with a huge photograph of Juanita when she was a 300-pounder lolling, not exactly covered, in the suds of a bubble bath. ” — Walt Wiley, The Chronicle, 1990 * “Where they are now dept.: Andrew Betancourt sighted Juanita Musson, legendary ex-restauranteuse, working as an attendant at the Agua Caliente Hot Springs pool in Sonoma County. If she’s the lifeguard, wear water wings.” — Herb Caen, The Chronicle, 1991 * “Juanita Musson has been described as the drinking man’s Julia Child. I don’t know if that’s accurate, but I like the sound. Style writer Cynthia Robins called her brash, bibulous and bawdy. Now, that I know about.” — Jim Wood, Examiner, 1991 * “ 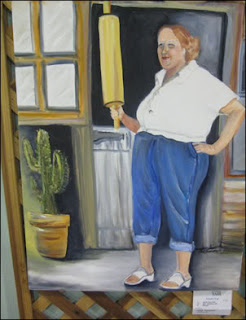 Her death at Sonoma Valley Hospital following a stroke 10 days earlier will surprise many who knew her when she drank, cussed and fought like a 300-pound sailor and who imagined that she probably had passed away decades ago.” — Press Democrat, 2/26/11 * “Juanita kept a bedroom just off the lobby of the rundown hotel and arriving guests frequently found her fast asleep, her sizeable bulk covered in a flowing muumuu, her door open to the passing parade, her bed surrounded by an enormous collection of dolls. If you knew Juanita and tried to sneak past her open bedroom door, she invariably sensed your presence and would call out in a shrill, commanding voice, ‘Hey honey, come in here NOW, and give Juanita a HUG!’” — Sonoma Index-Tribune, 2/28/11 * “Her ‘ear muff” prank consisted of sneaking up behind an unsuspecting diner and swinging each muumuu-wrapped breast up against the victim’s ears. Then she would cackle loudly and leave.’ — Sonoma Index-Tribune, 2/28/11 * “Her patrons encountered a large, loud, soft-hearted though occasionally terrifying proprietor who gave free range to orphaned deer, a white pig named Erica, the woolly monkey Beauregard, roosters, cats, dogs, goats. Juanita herself said more than once she was no angel, ‘but I ain’t never turned away an animal that didn’t have a home, and I ain’t never turned away a man who was hungry.’” — Press Democrat, 2/26/11
at 1:48 PM