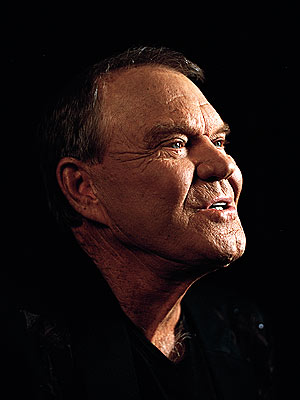 In his new song, "A Better Place," Glen Campbell sings, "I need the ones I love Lord/More and more each day."

The lyric is more personal than the world knows: In an exclusive interview with PEOPLE, Campbell, 75, and his wife, Kim, reveal that the singer has Alzheimer's disease.

The couple have decided to go public with Glen’s diagnosis because he's hoping to say farewell with a final slate of live performances this fall – and they want his fans to be aware of the musician's condition.

"Glen is still an awesome guitar player and singer," says Kim. "But if he flubs a lyric or gets confused on stage, I wouldn’t want people to think, 'What's the matter with him? Is he drunk?' "
at 8:12 PM