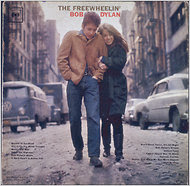 Suze Rotolo, who became widely known for her romance with Bob Dylan in the early 1960s, strongly influenced his early songwriting and, in one of the decade’s signature images, walked with him arm-in-arm for the cover photo of his breakthrough album, “The Freewheelin’ Bob Dylan,” died on Friday at her home in Manhattan. She was 67.  The cause was lung cancer, her husband, Enzo Bartoccioli, said. Ms. Rotolo (she pronounced her name SU-zee ROTE-olo) met Mr. Dylan in Manhattan in July 1961 at a Riverside Church folk concert, where he was a performer. She was 17; he was 20. “Right from the start I couldn’t take my eyes off her,” Mr. Dylan wrote in his memoir, “Chronicles: Volume 1,” published in 2004. “She was the most erotic thing I’d ever seen. She was fair skinned and golden haired, full-blood Italian. The air was suddenly filled with banana leaves. We started talking and my head started to spin. Cupid’s arrow had whistled past my ears before, but this time it hit me in the heart and the weight of it dragged me overboard.


” In “A Freewheelin’ Time: A Memoir of Greenwich Village in the Sixties” (2008), Ms. Rotolo described Mr. Dylan as “oddly old-time looking, charming in a scraggly way.” They began seeing each other almost immediately and soon moved in together in a walk-up apartment on West Fourth Street in Greenwich Village. The relationship was intense but beset with difficulties. He was a self-invented troubadour from Minnesota on the brink of stardom. She was the Queens-bred daughter of Italian Communists with her own ideas about life, art and politics that made it increasingly difficult for her to fulfill the role of helpmate, or, as she put it in her memoir, a “boyfriend’s ‘chick,’ a string on his guitar.” Her social views, especially her commitment to the civil rights movement and her work for the Congress for Racial Equality, were an important influence on Mr. Dylan’s writing, evident in songs like “The Death of Emmett Till,” “Masters of War” and “Blowin’ in the Wind.”


Her interest in theater and art exposed him to ideas and artists beyond the world of music. “She’ll tell you how many nights I stayed up and wrote songs and showed them to her and asked her: ‘Is this right’?” Mr. Dylan told the music critic and Dylan biographer Robert Shelton. “Because her father and her mother were associated with unions and she was into this equality-freedom thing long before I was.” When, to his distress, she went to Italy for several months in 1962, her absence inspired the plaintive love songs “Don’t Think Twice, It’s All Right,” “Boots of Spanish Leather,” “One Too Many Mornings” and “Tomorrow Is a Long Time.” Mr. Dylan later alluded to their breakup and criticized her mother and sister, who disapproved of him, in the bitter “Ballad in Plain D.” Ms. Rotolo spent most of her adult life pursuing a career as an artist and avoiding questions about her three-year affair with Mr. Dylan. (He was, she wrote, “an elephant in the room of my life.”) She relented after Mr. Dylan published his autobiography. She appeared as an interview subject in “No Direction Home,” the 2005 Martin Scorsese documentary about Mr. Dylan, before writing “A Freewheelin’ Time.” Susan Elizabeth Rotolo was born on Nov. 20, 1943, in Brooklyn and grew up in Sunnyside and Jackson Heights, Queens. Her mother, from Piacenza, Italy, was an editor and columnist for the American version of L’Unità, published by the Italian Communist Party. Her father, from Sicily, was an artist and union organizer who died when she was 14. Artistically inclined, she began haunting Washington Square Park and Greenwich Village as the folk revival gathered steam, while taking part in demonstrations against American nuclear policy and racial injustice. She adopted the unusual spelling of her nickname, Susie, after seeing the Picasso collage “Glass and Bottle of Suze.” The famous photograph of her and Mr. Dylan, taken by Don Hunstein on a slushy Jones Street in February 1963, seemed less than momentous to her at the time, and she later played down her instant elevation to a strange kind of celebrity status as the girl in the picture. “It was freezing out,” she told The New York Times in 2008. “He wore a very thin jacket, because image was all. Our apartment was always cold, so I had a sweater on, plus I borrowed one of his big, bulky sweaters. On top of that I put on a coat. So I felt like an Italian sausage. 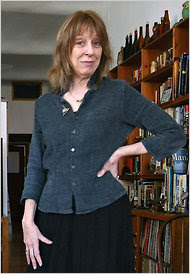 Every time I look at that picture, I think I look fat.” The album, Mr. Dylan’s second, included anthems like “Blowin’ in the Wind,” “A Hard Rain’s A-Gonna Fall” and “Don’t Think Twice, It’s All Right.” After Ms. Rotolo returned from Italy — a trip engineered by her mother in a move to separate her from Mr. Dylan — the relationship became more difficult. Mr. Dylan was becoming increasingly famous and spending more time performing on the road, and he entered into a very public affair with Joan Baez, with whom he had begun performing. Ms. Rotolo moved out of their West Fourth Street apartment in August 1963 and, after discovering she was pregnant, had an illegal abortion. By mid-1964 she and Mr. Dylan had drifted apart. “I knew I was an artist, but I loved poetry, I loved theater, I loved too many things,” Ms. Rotolo told The Times. “Whereas he knew what he wanted and he went for it.” In “Chronicles,” Mr. Dylan wrote: “The alliance between Suze and me didn’t turn out exactly to be a holiday in the woods. Eventually fate flagged it down and it came to a full stop. It had to end. She took one turn in the road and I took another.” In 1967 she married Mr. Bartoccioli, a film editor she had met while studying in Perugia. The couple lived in Italy before moving to the United States in the 1970s. In addition to her husband, she is survived by their son, Luca, of Brooklyn, and her sister, Carla, of Sardinia. Ms. Rotolo worked as a jewelry maker, illustrator and painter before turning to book art, fabricating booklike objects that incorporate found objects. She remained politically active. In 2004, using the pseudonym Alla DaPie, she joined the street-theater group Billionaires for Bush and protested at the Republican convention in Manhattan.
at 7:41 AM