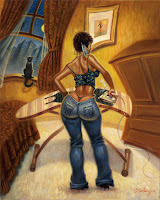 For the last decade the Brooklyn Museum has been actively acquiring work by contemporary African-American artists. Now curators there have started to look back in time. This week the museum announced it was embarking on a new collecting initiative focusing on the work of African-American artists from the mid-19th century to 1945, so that visitors can get a more complete picture of where contemporary artists like Rashid Johnson, Adrian Piper, Lorna Simpson and Kara Walker looked for inspiration. “A lot of these older works are by artists many people have never heard of,” said Arnold L. Lehman, director of the museum. “Yet there are many contemporary black artists looking back at their predecessors.” 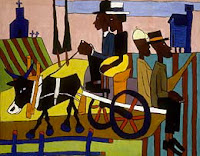 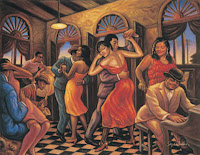 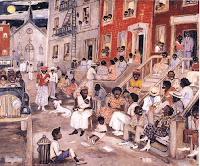 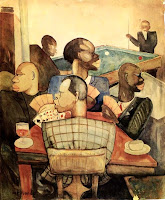 The institution has set a three-year goal for the project, aiming to raise $500,000 for a dedicated purchase fund. It has already received $100,000 from Saundra Williams-Cornwell, a trustee, and her husband, W. Don Cornwell, as well as $100,000 more promised by the Cornwells as a matching grant. Another trustee, Charlynn Goins, and her husband, Warren, have promised a gift of a painting: “Dream of Arcadia After Thomas Cole,” an 1852 landscape by Robert S. Duncanson. “Forty-five percent of our audience are people of color,” Mr. Lehman said. “While we are doing this from a curatorial point of view, it does reflect what our visitors expect when they come to the museum.” 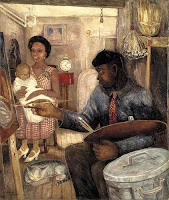 Since the 1940s the Brooklyn Museum has been a showcase for African-American art, starting with its landmark exhibition “The Negro Artist Comes of Age.” It has also organized several monographic exhibitions by artists like Jacob Lawrence, Romare Bearden, Martin Puryear and Jean-Michel Basquiat. Mr. Lehman said that while there were no planned exhibitions of this work right now, the curators were working on developing a program of shows.
at 9:33 AM