Lonnie Holley’s song of himself 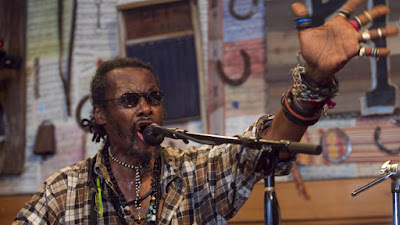 Lonnie Holley’s left hand is bedecked in so many rings that his little finger has been rendered completely immobile. Nevertheless, last week at a concert at the American Folk Art Museum in New York, it pinned down a note on his red keyboard while a drummer flickered a beat beside him. Meanwhile his unadorned right hand was palming the keys, his fingertips pointing upwards like he was patting a dog that bites, and his voice was shifting from a soul singer’s smooth recitation to a preacher’s thundering roar. But soon his hands softened and collapsed, his fierce howl dissolved into a surprisingly melodic whistle, and Holley was back to the fragile groove of his improvised song-poems, a sui generis amalgam of jazz, blues and ambient music. 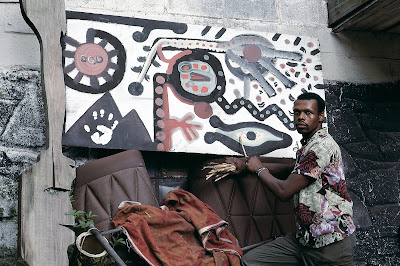 To find out who Lonnie Holley is just listen to his lyrics. In them you’ll hear his life story retold and repurposed again and again. You’ll hear him sing of being born into poverty in Alabama in 1950, the seventh of 27 children. You’ll hear how he was sold to another family for a bottle of whiskey, how he was beaten and abused, and ran away from them at the age of 12. He ended up at the terrifying Alabama Industrial School for Negro Children, until the joyous day his grandmother reclaimed him and took him back home. “The Start of a River’s Run (One Drop)” uses the subject of his running away as a springboard to dive into stories of slave ships and ancestral worship. “Fifth Child Burning” uses the death of a niece in a house fire to create a jittery, haunting lament for her that touches on the 1963 bombing of a church in Alabama, “America’s Next Top Model”, and the heavy burden adults place on children. The remarkably sweet “Six Space Shuttles and 144,000 Elephants” combines a story of space travel with one of ecological devastation and a birthday tribute to Queen Elizabeth II. 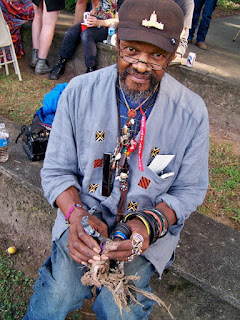 The world’s discovery of his music is relatively new. Since the 1980s, Holley, who is 65, has been an influential figure in the world of “outsider” art, making sculpture from the junk he found in ditches near his Alabama home. Steel piping, kitchen utensils, old shoes, ladders, wiring and concrete were all mixed and manipulated into weird new combinations. His one-acre property near the airport in Birmingham was transformed into a unique sculptural landscape, and his works were collected by major American museums, including the Smithsonian.

For years his songs were sung to an audience of one as he built his sculptures in his yard. Holley would collect old speakers and modify them to act as microphones, placing them in the bushes and trees so that wherever he was his extempore songs could be recorded. He would play them to Matt Arnett—the son of William Arnett, the foremost collector of vernacular art in the American South—who encouraged Holley to perform these songs live. Before long, Dust-to-Digital, an Atlanta record label specialising in historical recordings of blues and gospel, asked to record him. His first album “Lonnie Holley: Just Before Music”, appeared in 2012, when he was 62. “Keeping a Record of It” came out the following year and featured on many critics’ “best albums of 2013” lists. 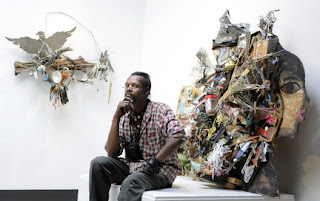 Since then, Holley has collaborated with members of experimental pop groups like Animal Collective, Deerhunter, the Shins and the Dirty Projectors, a whole new generation finding in his songs something vivid, unpretentious and optimistic. His songs often wander from the microscopic and personal to the cosmic and universal, from the storm drains he crawled in as a child to Saturn’s rings and the orbit of Pluto. It’s a range Holley uses not to aggrandise himself but to sing refreshingly unironic songs about the links between the present and the past, and the responsibility we have to one another. He can take one memory of himself playing in the dirt and effortlessly stretch it to encompass the grandest of human emotions. 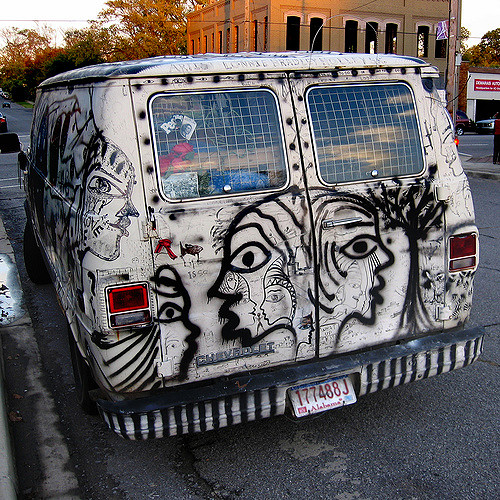 “I don’t think I could be your prophet,” he sang to the rapt crowd in New York last week. But with his chants and incantations, he seems every bit the poet-mystic, a musical Walt Whitman singing his body electric, uniting everyone in the song of himself.

Lonnie Holley will be performing at "Master Mix: Red Hot + Arthur Russell!" at the Brooklyn Academy of Music on May 29th and 30th